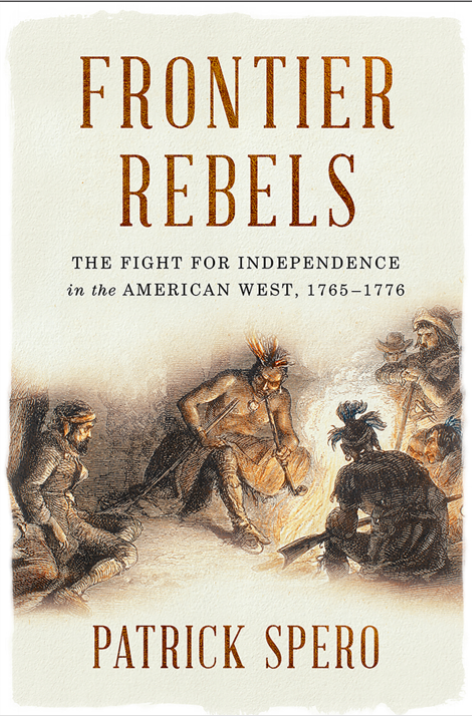 The main idea of this book is revive memory of mainly forgotten part of American Revolution that was not less or probably even more important than most celebrated revolutionary movement of coastal elites in Boston and New York. This coastal elite revolted against taxes, regulations, and increased government control. The other part of revolution was rebellious movement of frontier settlers who decided that British attempts to accommodate Indian tribes, while refusing provide military protection to settlements makes it detrimental for them, so they started revolutionary fight for independence.

PREFACE: THE CRISIS OF EMPIRE

This starts with the story of important mission sent in 1765 to Indians by British government under leadership of Robert Callender. The objective was to bring massive amount of gifts including weapons and ammunition to Indians in order to establish firm foundation for permanent peace with American settlements expansion stopping at Appalachia and Indian tribes maintaining complete sovereignty further West. The mission was practically destroyed by resistance of settlers who had no intention to limit their advance and who considered British attempts to stop such advance and settle the border with Indians completely treasonous. They believed that Indians would continue attack frontier settlements in any case. The people who stopped this mission were called Black Boys. Their resistance eventually grew into kind of frontier rebellion that continued on and off until it merged with coastal movement into one American Revolution.

This chapter is about prehistory of main events – the British / French 7 years war in which British were victorious and took North America away from French. However this victory left Britain economically deprived and in need for money. This quite reasonably prompted the Crown to make its colonial subjects to help with payments for their defense and start looking for settlement with Indian tribes that would sharply decrease needs in such defense. The latter was the main reason to arrange delegation with gifts to Indian tribes in order to convince them in British peaceful intentions.

Here author describes preparations for the mission, its main players like George Croghan, and complex machinations between government and private interests used to raise significant money required for the mission. Author also describes attitudes of Indian side somewhat tangibly led by Pontiac who tried establishing peaceful relations with British after French were mainly gone.

Here author describes final preparations, content, and departure of the mission led by Robert Callender – one of Croghan’s business partners. Croghan himself was waiting them at Fort Pitt. The mission on its way moved to Conococheaque – an area close to frontier, were population was well familiar with Indians and was undergoing regular attacks.

This chapter describes actual attack of Black boys against Callender’s mission with destruction of gifts prepared for Indians. It also includes one of the first direct clashes of Americans with British troops. When train came to Sideling Hill Black boys attacked it, but the British soldiers of 42ndRegiment successfully protected the train and disarmed Black boys. British, however, could not prevent destruction of much of convoy’s property. On the Indian side another leader Charlot Kaske did not believe in possibility of accommodation with whites and did all he could to stop new settlements.

This is detailed narrative of attack’s consequences when attempt to prosecute Black boys failed because of jury support for them. This story includes lots of legal and executive maneuvering and also some semi military confrontations around Ford Pitt and Fort Charles. It also includes details of Penn’s thinking and his politics of trying to find some way to accommodate both sides: British and settlers, which had directly opposite objectives.

This chapter starts with the story of capture of Fort Loudon commander lieutenant Grant by Black boys. The main point here was the struggle for settler’s guns captured by British troops in previous confrontation. Author describes general mood of settlers and provides support to this description in form of popular ditty describing these events as clash between patriotic settlers and treasonous authorities that preferred to support Indians against Americans. Author stresses that it was the same period of time in the summer of 1765 when coat cities were boiling excited by Stamp act.

This starts with description of Indian, more specifically Pontiac attempts together with Croghan to establish peace and stop settlements. It has a very interesting point about difference in notion of “father” between Indians and British. The former did not perceive it as someone superior in hierarchical order, but rather equal friend. This created confusion when British believed that Indians accept their rule, while Indians believed that it is just agreement coexist in exchange for gifts. Even when British authorities and people like Croghan were dealing directly with Indians, they would be satisfied with formalities because it supported their of objective peace and no more settlements. For them gift to Indians including weapons and ammunition were just a normal condition of peace. For settlers peace would mean complete cessation of Indian attacks against settlements, which settlers did not believe to be possible, so any transfer of weapons and ammunition to Indians meant treason of authorities against them. Therefore logically dependence on British would be detrimental for settlers.

This is narrative of the following events when Penn broke with settlers as result of massacre against peaceful Indian tribe by Frederick Stump. Initially disgusted, by Stump’s actions settlers put him in prison, but their opinion changed when they found that authorities supported his punishment. Consequently mob broke prison and set Stump free. In turn authorities with William Johnson at the head turned against settlers even more. In October 1768 Johnson signed treaty with Iroquois at Fort Stanwix to establish Ohio River as natural border between Indian lands and settlements. As byproduct it included generous land grants to Johnson himself and his deputy George Croghan, making them the richest landowners in the area. It turned out to be not a stable solution.

This chapter describes the next confrontation when Black boys start patrolling highways near Fort Pitt to prevent transfer of weapons and ammunition to Indians. Some of them were arrested, leading to Black Boys taking Fort Pitt in September of 1769 and freeing their people. In following encounter the man was killed and Black boys leader Smith was accused of murder. Instead of escaping, he decided to comply with laws, stand trial and was acquitted. Then author discusses legal situation on the frontier, when settlers often ignored directions and legal requirements of British authorities and used their own courts and juries to resolve issues. Especially explosive was their rejection of authorities demand to give Indians the same legal protection as any British subjects. This was so much unacceptable for these British subjects that they start moving in direction of ceasing to be British subjects. The final part of the chapter discusses Indian internal struggle that eventually led to the murder of peace promoting Pontiac and raise of militant Charlot Kaske who believed that no real peace with settlers is possible and just wanted to win military against all odds.

This chapter moves to events in 1772 – close to revolution. The British authorities decided to stop protection of settlers and removed a few forts including Fort Pitt. The idea probably was that without military protection settlers exhausted by Indian attack would stop resisting and become much more compliant subjects.  Another plan was set into movement was Croghan plan to create new colony: Vandalia. Ironically this plan failed in court when multiple claims on the same land forced administration to drop this idea. Croghan did not give up and continued fight, eventually getting approval for Vandalia in 1775 just when revolutionary war started in Lexington.  After that author describes London political events of 1770s and events on the East Coast including Tea Party that made war for independence inevitable.

In this last chapter author discusses events and meaning of American Revolution for the West and events during period of 1777 to 1783 substituted British authorities with new American Authorities, which were a lot less concerned about Indians than about settlers, supporting Western movement all the way to Pacific with Indians being just a bumps on this road that were continuously removed.

This is an interesting part where author somewhat links these events of long time ago with contemporary issues when current American coastal elite, which for all purposes is not that different from historical British elite once again bumped into resistance of lower classes, which are also for all purposes not that different from historical settlers. He specifically looks at issue of guns ownership and control and provides an example of older man explaining to young students that it is not possible to keep freedom if one cannot keep guns to protect this freedom. In his final thought of this book author states that this direct confrontational approach to elite is legacy of American history and revolution and one should not treat it easily because such easy treatment by president Buchanan in 1850s was one of the causes of devastating Civil War.

The author’s recovery of important, but often-missed part of American Revolution provides an interesting material for thought. The cruel and unstoppable movement of European settlers West was inevitably destroying Indian civilization, which was by far inferior numerically, technologically, and organizationally to fight successfully against this movement. I do not see how it could be different, all good feeling and compassion of British elite notwithstanding. For me it is interesting clash between two groups of people belonging to one civilization, specifically British Europeans that developed different believes who should be included into group of “us” and who should be treated as “others”. The settler had not doubt that Indians could not be included into ‘us’, while for elite the contempt and disgust of settlers was strong enough so to include Indians into the group of ‘us’ and suppress settlers who were not agree with this. It is understandable because this disgust of settlers came from somewhat familiarity, while good feelings and admiration of Indians came from the lack of familiarity. One should not discount purely financial consideration. For elite formal land grant meant little because of difficulties to use it, while protection of settlers meant loss of resources for causes elite had difficult time benefiting from. The Indian area free of settlers with clear border and peace meant profits from trade and little need for protection expense. For settlers peace with Indians meant loss of opportunities to acquire new lands and life under constant threat and real attacks every time when their interest clash with Indians. The free trade obviously would mean for settlers to deal with Indians who are well armed and equipped.  In short interests of elite and settlers could not be reconciled.