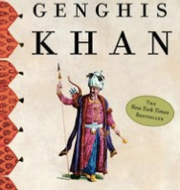 By some strange coincidence I was watching an epic documentary about American West just a few weeks after reading an epic book about Genghis Khan and Mongolian conquests. It caused me to compare two historical events that occurred with some 600 years difference in time and brought me to conclusion that these two events had pretty much the same meaning while quite opposite outcome.

These two events were Mongol conquest of Asia and Europe and European conquest of American West. In both cases two civilizations founded on two different ways of resource acquisition encountered each other, clashed in multiple wars over the long period of time, which ended in absolute victory for one civilization, and defeat for another. However long term consequences where absolutely different.

In both cases Herders (Mongols and American Indians) fought agricultural civilizations with different level of manufacturing abilities (Chinese, Central Asians, Russians, and Americans). In one case herders (Mongols) won the clash hands down, but either accepted cultures of conquered agrarians (China and India) or just limited themselves to taking tribute for a few centuries until losers where able develop enough military power to repulse attacks after stopping paying tribute (Russia and other European nations). In another case herders (American Indians) lost every battle they fought save one against agrarians/manufacturers (Americans) and where pretty much obliterated as independent entities from the face of the Earth.

The reason for such different outcomes came from what they were fighting for. The herders where fighting either to obtain goods and services from agrarian/manufacturers that they could not produce themselves or just to maintain control over natural resources that they where not able to use intensively. The agrarians/manufacturers on other hand were fighting for control over natural resources either in the form of land or in the form of gold which they could use much more intensively then herders maintaining more people, building cities and industries

For herders the winning meant to make agrarian/manufactures to provide their goods and services for free which could be done only if they remained alive and productive. For the agrarian/manufacturers the winning meant to get access to natural resources and eliminate herders as completely as possible because herders represented nothing more then obstacle to their prosperity. Looking at these clashes from such point of view makes it obvious that any victory of herders was temporary, while any victory for agrarian/manufacturers was not just final, but often genocidal for herders.

Let’s just hope that bloody and eventually futile victories of politicians and bureaucrats that they achieved in XX century in such places like Nazi Germany and Soviet Union will be avoided in XXI century, while eventual defeat of politicians and bureaucracy will be bloodless with peaceful weaning of these people off their habitual behavior of robbing and looting productive people via dual mechanism of taxation / regulation.

Hopefully equal rights for natural resources with ability to sell them to highest (presumably more productive) bidder would provide them enough incentive to accept loss of ability to loot and, who knows, maybe achieve higher level of consumption and satisfaction then they were able to achieve via looting