20130317 Entitlements and Education as Investment 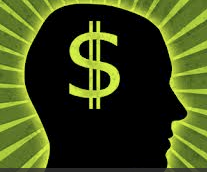 I somewhat sick and tired to hear about Social Security and Medicare that they are direct transfer programs of moving resources from young people to the old. Obviously it is truth, but it nearly always mentioned without any reference to the huge expense that old incurred over time of their productive lives to provide resources for young people to survive until adulthood and obtain education. It seems to be clear that without these resources young people would not become productive and would not be able generate new resources necessary for old people to enjoy their Social Security and Medicare.

Given that, unfortunately while resources provided to meet physiological need of young generation where more then adequate – they are bigger, stronger, and often fatter then their parents, resources provided for their education where wasted on the scale unimaginable by previous generations – just look at inability of significant percentage of youth to find productive employment or start their own businesses.

I submit that the reason of this failure comes from one and one source only – the big part of investment was transferred from older generation to young generation via hierarchical organization of politicians and bureaucrats also known as government. As always with no exception to the rule, bureaucrats and politicians used these resources for their own gratification with education of youth or lack thereof being insignificant byproduct of bureaucratic activities.

The solution from the point of few of Rights Libertarian (RL) would be to substitute hierarchy of politicians and bureaucrats with direct investment of older people into younger people the same way as people invest in any company, organization, or entity which has at least some chance to generate more resources then were consumed.

Contemporary technology allows creating a market for trade between young people or their parents (custodians) and completely unrelated people with current resources supplied in exchange for obligation to pay back a share of specific individual’s income in the future. It would obviously create competition for resources between young people who would try to demonstrate that they are a better investment then other guy. This would add to educational process the part, which is most missing – deep interest of youth to obtain marketable skills whatever they are. It would also create competition among resource providers for opportunity to invest in the most promising young people and therefore greatly improve resource allocation process. By the way profitability would mean that some people would try to invest in great geniuses, but other would invest in bad cases where marginal improvement at decent scale could bring significant profits.

If such market created, all supplemental market activities like insurance, educational programs, materials, and services will be generated in necessary amount and of much higher quality then bureaucrats and politicians can do. It would open a great opportunity for all bureaucrats and politicians who actually capable to teach effectively to earn much higher return on their talents then what they get from being part (usually lower) of bureaucratic educational structure.