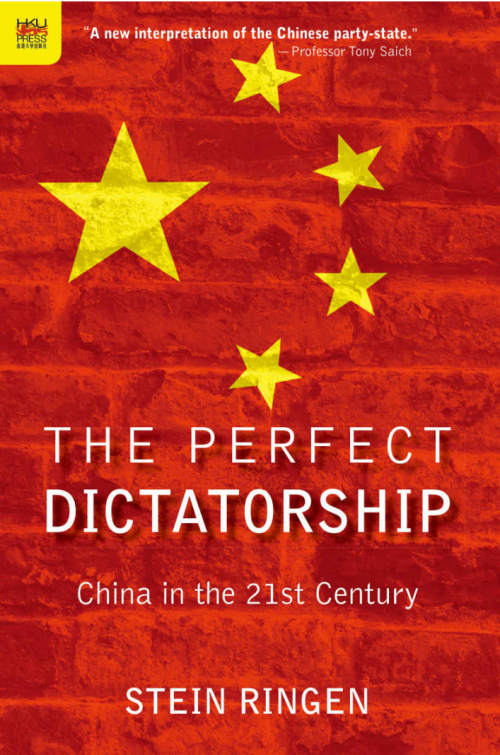 The main idea of this book is that Chinese mix of socialism and market economy in reality is a lot less effective and efficient than it is usually perceived. Comparatively to other Asian nations like Japan and especially Korea Chinese development lags behind, leaving population at the level well below it wants and needs to be. The result is a shaky stability of society highly dependent on economic growth that now beginning to slide. The alternatives of Chinese Dream and other nationalistic ideas may or may not work on the long or even medium run.

The introduction is about complexity of China and somewhat illusory character of top down control in this country. It also states author’s objective to analyze the multifaceted character this society.

The first chapter is about leadership structure of Chinese party-state dictatorship: who are the people in leadership and what are their priorities. It looks at relations between state and economy, reasons and prospects of growth, corruption, and overall view at the China project.

Based on actions of Chinese leadership author looks at activities directed at self-preservation by obtaining legitimacy of the state by producing economic growth and continuing improvement in quality of live. At the same time raw power is used widely and decisively via 6 pillars of Chinese society: party, military, executive, legislature, police, and judiciary. Author looks in details at each oh these pillars.

This chapter analyses what and how Chinese state produces its services in order to test welfare hypothesis. He looks at Taxes, Welfare services, Public Sector provisions, and various social services. Overall conclusion is that it is not welfare state and it could not easily develop into one.

The final chapter concludes that it is totalitarian state, but complex and sometimes even benevolent so author goes through is sort of compilation of what Chinese party-state gives to people and what it takes from people. After analyzing his 3 hypotheses author concludes that it is trivial state, but with clear tendency to develop into power state and it is not clear yet whether such development will occur or not.

Author assigns kind of probabilities to each option, but it is really everybody’s guess of what future will look like.

For me China does not seem that interesting from societal structure and ideology system. It is clearly still socialism and totalitarian dictatorship, but with leadership that was smart enough a while ago to practically discard Marxist dogmas and rather than trying to move to world proletarian revolution and build the drastically new and much more productive society of communist utopias, choose to use totalitarian power to convert the country into economic supplement of highly developed rich Western world by providing very cheap labor, cost of which defined by state power rather than by market, in exchange for investment and technology flow. These factors: investment and technology would allow for a while maintaining increase in material quality of live, but at the expense of denial of many characteristics of quality of live such as freedom and environment quality. The problem here is that at some point it would become impossible to continue because without freedom truly effective development is not possible, while margins for expansion of economy as cheap labor supplement is already challenged. Internally because after getting a bit better materially people start wanting more and more undermining main China’s asset on world market – cheap and diligent workforce. Externally because shift of labor from Western world caused some serious societal problems in this world that could and will be addressed via multiple measures shifting labor demand back to Western developed countries, consequently cutting off external labor markets that currently sustain Chinese system. I think one of two developments is possible: either the slow degradation of Chinese totalitarianism with consequent transfer, hopefully peaceful transfer to democracy similarly to development in South Korea, or strong move to increase in totalitarianism of more nationalistic form with following Cold war with the West. I believe and hope that the former development in more probable mainly because Chinese society and its leadership much more familiar with civilized world of market based democracy and seems to be much less ideological than previous totalitarians, but one could never be sure about the future.