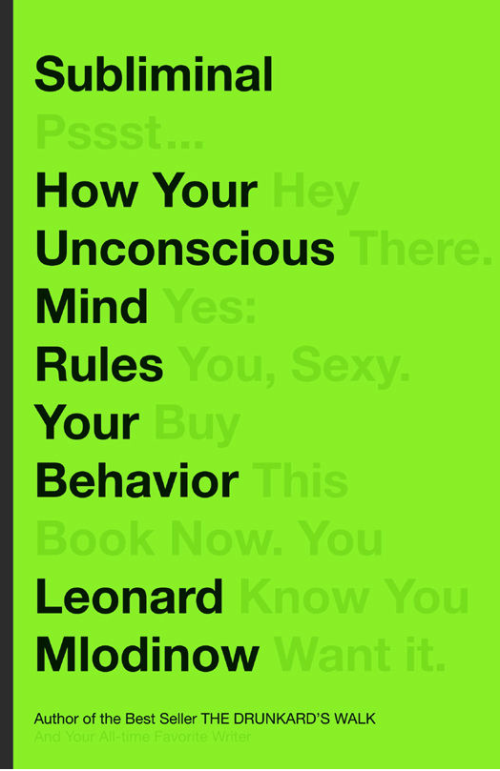 The main idea of this book, which is quite well supported by research and experimentation, is that our relation to reality is quite tenuous. Our actions are defined not only and even not mainly by our conscious selves, but by the combination of unconscious, subliminal activities of our brain with consciousness being a secondary sense making device at best. The supporting discussion demonstrates our lack of understanding of our own actions, reconstructive rather than reproductive nature of our memories, our unconscious use of stereotyping, in-group vs. out-group allocations, and regular prompting of our actions by emotions that result from unconscious processing of environmental signals. The inference from all this understanding is that to achieve good result we should consciously take unto consideration supremacy of our unconscious self and adjust our actions so they would be more based on scientific, rather than lawyerly approach to reality.

PART I THE TWO-TIERED BRAIN

1 The New Unconscious: The hidden role of our subliminal selves … what it means when you don’t call gout mother

This is about difficulty for external observer to differentiate between conscious and unconscious actions. Typically humans inclined to assigned conscious motivation to just about any actions even if they done by animals. The latest achievement of science allows for a direct observation of brain activities leading to the new understanding of unconscious based on measurements. It also includes statistical measurements. Author provides example of unconscious behavior when people select spouse with the same surname out of proportion with statistical predictions. Additional examples are perceived quality of wine depending on stated price, stock market price movements depending on ease of company name pronunciation.

2 Senses Plus Mind Equals Reality: The two-tier system of the brain … how you can see something without knowing it

This is about discovered scientific reality that everything we perceive is not actual simple fact, but rather construct of our brain based on unconscious processing of bits and pieces of information collected by our senses in somewhat haphazard way. It provides nice examples of just such processing for vision. It also contains a simple exercise allowing observing one’s own blind spot.

3 Remembering and Forgetting: How the brain builds memories … why we sometimes remember what never happened

This is an application of similar findings to human memories, which turned out to be not a stable imprint of fact, but rather continuously reconstructed presentation of traces of initial activation of neural network easily influenced by follow up input all the way to changing initial memory to something different. The chapter also discusses an unusual case of Solomon Shereshevsky who remembered every detail of everything he ever sow, leading to difficulties with recognition of people and place because nothing stay the same in all details over time. There is also description of substitution experiments when one person is substituted by another during brief interruption in interaction that majority of people fail to notice.

4 The Importance of Being Social: The fundamental role of human social character … why Tylenol can mend a broken heart

This is about vital need to be connected with other people in order to survive all kinds of challenges not only physical, but also psychological. It includes discussion on use of fMRI in analysis of social behavior.

5 Reading People: How we communicate without speaking … how to know who’s the boss by watching her eyes

This chapter about non-verbal communication, interestingly enough starts with the story of intelligent horse that could do math and such. Eventually it was proved that horse just picked up non-verbal signal from people to do its tricks. Author reviews application of similar technics in communications between people often at subliminal level.

6 Judging People by Their Covers: What we read into looks, voice, and touch … how to win voters, attract a date, or beguile a female cowbird

This chapter expands discussion of non-verbal communications beyond information transfer to image creation when people use their exterior, sound signals, and touch to establish connection that allows obtain benefits from other people’s reaction to this image either in form of bigger tip, or election vote, or purchase of goods and services. The great experiment related to it had demonstrated that people are able to identify with about 60% probability the winner of election by look at his/her picture without any knowledge about candidate.

7 Sorting People and Things: Why we categorize things and stereotype people … what Lincoln, Gandhi, and Che Guevara had in common

This is a great look at human ability to extracting meaning from multitude of signals by categorizing people, materials, and events by using stereotypes, classifications, and prejudices. All this is a great help at the initial encounters, but is consistently loosing its value with accumulation of more information about specific object or person under consideration.

8 In-Groups and Out-Groups: The dynamics of us and them … the science behind Lord of the Flies

This chapter is about human natural inclination to form groups and immediately allocate positive characteristics to in-group and negative to out-group members. Whether they are randomly selected boys with practically identical background divided into two teams or sophisticated adult members of some profession, the result is always similar: “us against them” and readiness to do anything bar nothing to promote in-group and suppress out-group.

9 Feelings: The nature of emotions … why the prospect of falling hundreds of feet onto large boulders has the same effect as t flirtatious smile and a black silk nightgown

This chapter starts with discussion of a case of multiple personality when the person had completely different emotional profiles for each of personalities. The discussion goes into the link between physical arousal and emotion demonstrating via experiment that such link is quite strong even if people do not understand the reason. In short, emotions are often driven by unrecognizable conditions of the body with conscious analysis following far behind and mainly used for justification of action, rather than its cause.

10 Self: How our ego defends its honor … why schedules are overly optimistic and failed CEOs feel they deserve golden parachutes

This is about building a positive self-image from whatever material one has at hands. Obviously it is done with great application of self-justification, self-pity, adjusting of facts to narratives and other similar staff. Author refers to idea that we have two approaches to the truth: one is scientific based on fact and experiment and another lawyerly based on assumption of the truth and careful selection of facts to support this assumption. Our brain normally uses lawyerly approach as default. Author also provides dual view pictures when person can see one or another vision and expands it to the whole lot of live situation stating that our perception of the fact is highly dependent on predisposition for or against this fact.

This book is one of many based on technological breakthrough of fMRI and such, that allowed seeing what parts of brain are activated in different experimental situations created specifically to test various abilities of the brain. After all this information it is hard or even impossible to deny that our own conscious self is just a thin layer of self-awareness on the top of huge self-unawareness. As far as I am concern, it is not just something that is nice to know, but it is also a great explanatory tool useful not only for understanding of what happened in my live for previous decades, but also for planning and acting in the future. In short, from the point of view of information system, the self is a way more complicated contraption than it looks and, therefore, the simple command and control system would not work effectively even at the level of one individual.