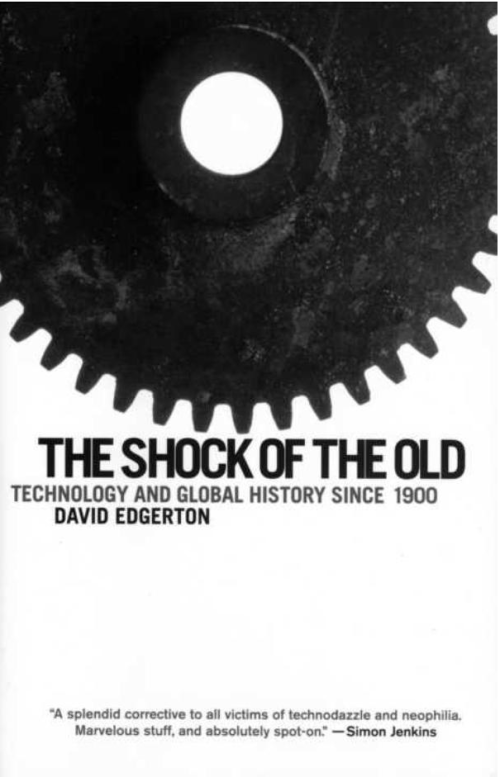 The main idea of this book is to provide unusual view of technology development and its use. Unlike typical approach, that is heavily stressing innovations, this book is much more about use of existing technologies and reasons why it was implemented when it was, not when it was invented, which sometimes constitute gap of thousands of years. Even more important is analysis of cultural impact of technology on everything that is society.

This is bout use-centered account of the history of technology with stress what author calls “creole” technological mixes. It also provides critic of innovation- centered history demonstrating its deficiencies and mistakes. It is also about interplay between technology and culture.

This is a review of relative importance of different technologies, which is based on an interesting observation that quite often small and simple technologies have much higher impact than expensive, complex, and spectacular. Very good example is condom technology that definitely had much higher impact on fate of humanity than moon landing, but had never been considered something newsworthy or spectacular. Author also looks at technology spin offs and overall methods of assessing technologies.

This is a look at timeline of development and implementation of different technologies, which is quite different from traditional. For example steam power technology was actually developed long before its massive use in XVIII and XIX centuries, probably thousands years before. Author looks here at several technologies that were highly time dependent in their implementation.

This is about impact of technology on overall production, especially on productivity. For example typical discussion is about decline of agriculture and expansion of manufacturing with industrializations. Author however stresses that it is mistaking analysis because agriculture did not decline, but rather grew dramatically. The point is it grew via productivity improvement with fast decline in number of people involved and decrease in overall share of GDP. Consequently the image of decline is misleading because the total ability to produce more food increased dramatically so humanity now can easily produce more food than could possibly be consumed.

This is about another underappreciated part of the technological process, the part often forgotten and/or taken for granted. In reality maintenance takes as much if not more efforts than creation of construction or technology. Author looks at multiple examples of high importance of maintenance in various industries with stress on upgrade when some parts of technology drastically changed despite retaining it outlook and frame. Good example is B-52, which is flying for 60 years, while multiple upgrades of its avionics, communication gear, and weaponry made it probably hundred times more effective bomber than it was originally. At the end of chapter this logic extended from technology all the way to maintenance of society.

This is about relationship between technology and nations, which depends in their development on creation or imitation of the new technology in order to maintain themselves as independent entities and provide goods and services for population. Author discusses positives of globalization and negatives of autarky, the last one by using example of Soviet Union – ultimate autarky of “socialism in one country”, which in reality was highly dependent on American technological transfers. Similar stories provided for other countries where nationalism and racism led to quite idiotic technological decision making.

Here is quite typical look at war as engine of technological progress. The main point is that despite all these technologies, the most part of fighting and killing was done with old tools – many more people killed in XX century with artillery and small arms than with nuclear and all other air delivered bombs. However victory is nevertheless going to possessor of better technology, in short – war rewards successful innovation in technology more than anything else. Author also discusses “unusable” weapons such as nuclear weapons and the latest military events.

This chapter is about killing of living creatures that humans do for various reasons: pesticides, slaughterhouses, fishing, and even other humans in various genocides. Obviously technology improved dramatically, making it highly efficient process.

The final chapter addresses process of invention itself and is looking at academic science and business R&D, demonstrating that this formal processes of invention become a significant part of human activities, not necessarily producing constantly increasing returns.

This is a restatement of key point of this book: old technologies are as important as the new ones if not more so and that typical overblow of everything new. Consequently we would be better off by selecting technologies based on their functionality, rather than their novelty.

I think this book is a good collection of technological examples, but it is somewhat redundant if looked at recommendation for action in market economy. A business owner seldom would change technology for change sake because it is his own money and increased cost. Not so for all kind of government driven technological change when cost is practically not part of consideration. In short, my opinion is that similarly to any other area only free market with responsibility fully allocated to decision makers technological progress could be sensible and effective. The top down government driven development it guaranteed to be producer of various boondoggles like Concord and many others. Consequently no book and no logic would convince government bureaucrats to look at old simple and cheap technology for any purpose whatsoever when expensive, poorly designed, and immature technology that provides well for bureaucrats would do at leas half decent job at it.