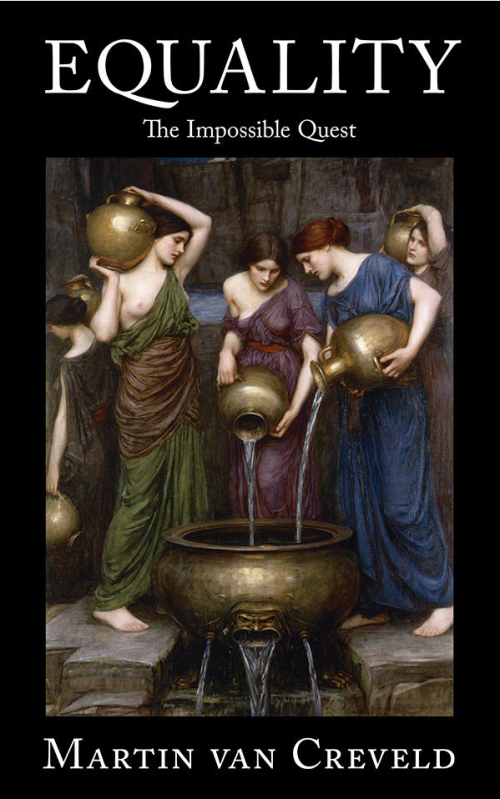 The main idea of this book is that equality is the relatively new notion, which was initially created in Greek city-states in extremely limited form, but really grew into maturity over the last 4 centuries in the Western world. The review of recent attempts to achieve equality either in form of equality before god, nation, or supreme leadership for all or equality for specifically defined group of people mainly ended in bloody mess. The same probably await contemporary political correctness and minority special rights movement, albeit there is hope that the mess will be a bit less bloody and wasteful.

The introduction presents this book as discussion of relationship between liberty, justice and equality. The first two are widely discussed since time of Plato, but the last one is somewhat new addition and this book designed to trace its formation, maturity, and domination of political and philosophical discourse at the early part of XXI century.

Author begins discussion of equality from animal levels, specifically our close relatives – primates, then moves to hunter-gatherers. He looks at different types of inequality: sex, age, skills, and so on and comes to the very reasonable conclusion that not even in chimpanzee’s society, leaving alone all known human societies any two individuals where equal to each other, so generally speaking inequality is the norm and deviation from this norm is recently invented new notion specific to human development.

Here author suggest an interesting idea that equality was traditionally poorly understood so it did not generate lots of support, however oppression was well understood and caused resistance to flare up on more or less regular basis, albeit leading most often either to change of personality of oppressors or its form, but not to removal of oppression. In this chapter author briefly reviews history of revolts against oppression, pivoting then to phenomenon of monasteries as islands of equality in the sea of structured inequality in medieval Europe. Author also looks at ideological development of equality idea in various utopias around the world.

This is discussion of Liberal equality of Western Enlightenment and its notion of independence and freedom for individuals, paradoxically derived from absolutist ideas of Hobbs with Leviathan oppressing everybody equally in order to prevent war of everybody against everybody. The pick of this movement was in late XIX century when despite formally autocratic and aristocratic forms of government people of Europe generally enjoyed unprecedented political and economic freedoms and equality before the law.

It led to demand of even more freedom with new utopias with strong collectivistic ideology paradoxically leading to totalitarian socialism practically annihilating liberal democracy in XX century, until these utopias somewhat retreated as result of extreme suffering of people caused by disasters created by various forms of socialism ideology.

This chapter looks at racism as another form of inequality from its beginning as typical for all tribal societies understanding of “us” as human and “them” as subhuman all the way to late XIX century’s ideological development of Social Darwinism and its culmination in Nazi ideology and practice of middle XX century. Despite formal rejection of this ideology by just about everybody, in reality race based massacres continued to our day with no sign of completely disappearing in Africa and Middle East where it is also supplanted by religious hate. Final somewhat touching note in this chapter is that at least these people have some equality on their lips and quite equal Kalashnikovs in their hands.

This chapter is an interesting look at contemporary society-wide equality movements such as feminism, homosexuality, and disability. After review of these movement author discusses multiple anti-discrimination measures, noting at the end that it seems to be going out of hand, making into the most discriminating against and suppressed group white able-bodied, heterosexual men. Author seems to hint, albeit very weakly, that it may not be such a good idea because these men after all are in control of violent powers of society and history shows that it is not necessarily a good idea to discriminate against people with overwhelming power.

This is about contemporary world when idea of equality made some very strange turns. The centuries old idea of equality is being substituted by idea of equality with adjustments to compensate for whatever real or imaginative deficiencies inflicted some group of people. Typical examples are racial and sexual affirmative actions that kind of directed to achieve equal results by making opportunities unequal.

This is about the death as being a great equalizer. However it clearly demonstrates that while non-existence is equal for everybody, the attitude of living to dead is as unequal as society itself. Moreover with contemporary technology it becoming conceivable that death itself could become avoidable providing for virtually permanent live for some who can afford it. Author ends this chapter with somewhat curious observation that monotheistic religions that put in foundation equality of everybody before god, nevertheless often preach after life where some people go to paradise and some to hell, turning it into as unequal situation as human imagination can achieve.

The final chapter points out that nature provides for infinite variations of inequality and that the striving for equality is somewhat new notion that humanity came up with. So far this notion most often was used to remove old regime of inequality and substitute it with the new one where tyrants removed and revolutionaries become the new tyrants. This outcome is not a fluke. It is a necessity because equality has infinite amount of variations, often contradictory, so when one increases another correspondingly decreases. Finally dream of equality claimed huge price in blood and treasure when implemented by people like Lenin, Stalin, Hitler, and such. It does not look that if giving opportunity to do everything they want contemporary supporters of political correctness would be any better.

It is an interesting review of notion of equality, its history, and contemporary condition. I fully agree with the idea that equality is unnatural, but I believe it is necessary because it provides for at least some safeguard against individual alienation and humiliation that could lead to war against society. My solution is provide for equality of rights for natural resources that would provide everybody with ability to be compensated for use of his/her share of natural resources via the free market, assuring that everybody has resources to pursue happiness in his/her own way with huge inequality of outcomes fully compensated by relative equality of available inputs.