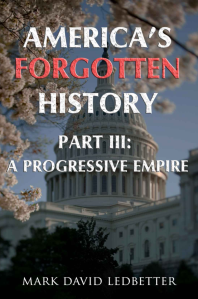 The accidental president who was the only one democrat in senate remaining on the side of Union, Andrew Jonson was nevertheless convinced supporter of slavery and Southerner. The main issue of his presidency was after war settlement between South and North that initially failed leading to virtual continuation of civil war as relatively low intensity conflict. Despite Johnson’s resistance and vetoes civil act and reconstruction amendments 13th, 14th, and 15th become laws, but their real implementation was put on hold by resistance of Southern states that were able pretty much restore pre-war power structure. While the South continued its struggle, the North moved on to open the great era of economic and technological growth.

The 18th President: Ulysses Grant: THE NEW PRESIDENT; FOREIGN POLICY: Cuba; The Alabama; The Caribbean and the Pacific; THE SPOILS SYSTEM, GRANTISM, and CRONY CAPITALISM; The Rise of Political Entrepreneurs; Black Friday; Other Scandals; LAND FOR RAILROADS; The High Cost of Free; Prewar Land Grant Railroads; The Pacific Railroad Acts; Binding the Nation; Credit Mobilier; The Panic of 1873; New Philadelphia; WAR IN THE WEST; Treaties; Comancheria; The Southern Plains and the Red River War; Minnesota; The Northern Plains and Red Cloud’s War; The Desert and the Apache Wars; The Irony; RECONSTRUCTION: Racial Violence and Terrorism; CENTENNIAL ELECTION; Scott Plan, Wormley Agreement, and Compromise of 1877

The presidency of U.S. Grant had 3 main developments. The first and probably most important was development of contemporary system of crony capitalism when government provides support and lots of free staff to business owners close to government. At the time it was mainly railroads that were given huge amount of land either unpopulated or taken away from Indians. Inevitably it resulted in a number of Indian wars that eventually brought in annihilation of significant part of Indian population and push of its remnants into reservations. Formation of crony capitalism system also resulted in multiple scandals when various schemas of transferring public wealth into private coffers were implemented. Another significant development was intensification of civil war with South to the point when it was military occupied and white southerners were deprived of civil rights in order to assure civil rights for black. This war of attrition ended as many future similar low intensity wars of USA when will of more military powerful side was discounted to nothing by stronger will of materially weaker side leading to defeat of North under disguise of compromise. In this case southern whites got back their political power and successfully substituted slavery with new system of racial segregation.

In order to elect Hayes Republicans struck the deal for ending military occupation of South. It virtually put civil war to end leaving white Democrats of South to establish new order on the base of segregation. Hayes also tried to bring end to Indian wars and bring Indians into western civilization by educating their children in government schools. The new area of conflict start developing due to economic expansion: labor versus management. The biggest symptom was railroad strike of 1877. At this point government was firmly on the side of owners and management using force to suppress labor during violent outbursts. Author provides quite a bit of details about condition of former slaves and new forms of suppression used as substitute of slavery. At the North economic expansion included a huge doses of crony capitalism, political patronage, and spoils system, but it still was very successful. Part of this success was acceptance of hard money (gold) that assured financial stability for decades.

Hayes accepted nomination on condition of one term only so Garfield was next republican in line, however assassination cut his presidency short.

Author presents Chester Author as effective and successful promoter of American ideas. He curbed a bit of crony capitalism by promoting civil service reform and cutting down traditional source of government largesse: non existing postal routs. In short it was nice and mainly uneventful presidency when prosperity ruled and future sides of new ideological battles where at inception not causing too much trouble.

The 22nd President: Grover Cleveland: BOURBON DEMOCRATS and MUGWUMPS; INAUGURAL ADDRESS; DOMESTIC POLICY: Tariffs; Bimetallism; Help For Farmers; INDIAN POLICY; The Dawes Act; FOREIGN POLICY; WESTERN RAILROADS; The Inertia of Institutions; A Tale of Two States; Weather Science and the Era of the Cowboy; Cartels; CALIFORNIA and the OCTOPUS; The Rise of the Octopus; The Fall of the Octopus; THE INTERSTATE COMMERCE ACT; Guilds in the Wake; THE LABOR MOVEMENT; The Great Southwest Railroad Strike; Haymarket Riot; THE CAMPAIGN OF 1888;

Grover Cleveland was the first democrat to become president since before the civil war and as such he was pretty much in Jacksonian mold. Unusually he did not make money on political office that made his career very successful in prevailing anti graft mood. All in all he was pretty much a traditional liberal called at the time Bourbon Democrats, which means low taxes, individual freedom, non-intervention in economy. Nevertheless it was period of growth of monopolies supported by Congress through multiple legislative initiatives. It was also time of continuing growth of labor movement that was becoming more militant. In elections of 1888 Cleveland won popular vote, but lost in Electoral College to Harrison partly because of his support for free trade and low tariffs that was not popular with people.

This was the second case of somewhat inherited presidency: Benjamin was a grand son of William, the 9th president. The main issues again were tariffs and government spending. At this point republicans were for it and democrats against both tariffs and special interests feeding. With being initially in control of legislature republicans passed quite a few laws beneficial to their main constituency- businesses: Silver repurchase act and Antitrust Laws, which were designed pretty much to protect established companies especially railroads from competition. Harrison’s administration mainly completed 300 years long process of dispossession of Indians by opening Indian territories for settlement. It caused the last significant fight at Wounded Knee. Probably the most important ideological development of the time in America was continuing growth of labor movement with such outbreaks as Homestead strike accompanied by expansion of ideology of Christian Socialism. Harrison also continued American play with colonialism by annexing Hawaii.

The 24th President: Grover Cleveland: THE PANIC OF 1893; Tale of Two Railways; Eugene Debs and the A.R.U.; The Pullman Strike; The Rise of the Banks; FIXING THE ECONOMY: GOLD, TARIFFS, and an INCOME TAX; FOREIGN POLICY: Hawaii; Cuba and Spain; Richard Olnev and the Venezuela Crisis CARING FOR OTHERS: Fraternalism; Immigrants, Minorities, and Women; Medical Insurance; Advantages of Lodge Programs; Fraternalism to Paternalism; Other Historians; JURY NULLIFICATION; THE DEMOCRATIC CONVENTION OF 1896; Cross-of Gold:

After one term Harrison’s presidency democrats and Cleveland were back. However Cleveland’s small government attitude was going out of fashion giving way to massive government intervention in economy. Author provides a very interesting comparison between two railroads: one, Northern Pacific run by political entrepreneurs with financing using lots of government support was driven into the ground and another Great Northern run by business entrepreneurs with little to none government involvement was prosperous. Author, however, makes case against fairy tales libertarian interpretation of this case. He stresses that in both cases managers were eager to use all government help they could get and appropriate all government money they could get. The difference was that for business entrepreneurs the objective was to build railroad and make money by selling its services with government resources being a mainly a source of cost savings. For political entrepreneurs the objective was to make money by appropriating as much government resources as possible using railroad just as justification for resource transfer with very little interest if any in selling its services. Other issue was continuing growth of militant labor movement while in all confrontations government was still firmly on the side of property owners. At the same time many issues related to labor wellbeing such as medical and other forms of insurance, pensions and disabilities, education were resolved using voluntary organizations without government intervention. Finally the monetary issues of Gold versus bimetallism start getting to forefront of Democratic politics where they remained for next 20 years with passions of William Jennings Bryan keeping them out of power.

The 25th President: William McKinley: TWO McKINLEYS; THE ECONOMY FIRST, JIM CROW AT THE END OF THE CENTURY: Black Labor Suppressed; The Birth of Sundown Towns; THE SPANISH-AMERICAN WAR; The Cuban War of Independence; The Real Reasons; Retroactive Reasons: Burdens of the Victor; A Foreign Polio, Triumvirate: Roosevelt, Mahan, and Lodge; The Explosion of the Maine and Declaration of War; A Pacific Empire; Cuba; A Caribbean Empire; THE PHILIPPINE-AMERICAN WAR; Military Quagmire, Moral Quagmire; William Graham Sumner and the Anti-Imperialist League; ELECTION of 1900; Republican Party and The March of the Flag; Democratic Party; ASSASSINATION; LEGACY:

Author discusses two images of McKinley. One is maintained by majority of historians who see him as weak man under control of his top adviser Mark Hanna, and another one maintained by minority that he himself was a controller masterfully managing people and events. There was a new twist of long going saga of tariffs: some added flexibility to combine tariffs and protectionism with free trade trying to find the best accommodation for internal and external forces. Monetary policy remained firmly in support of gold standard and overall business interests. Anti-trust laws were used sparingly, while overall prosperity somewhat subdued labor problems. Internationally McKinley moved to Empire building with big investments in Navy, Spanish war, and American territorial expansion in Pacific. All these policies were good enough for relatively easy reelection, although it did required bringing Teddy Roosevelt to the ticket to assure votes in his New York bastion.

From my point of view the attempt made in this series of books to reassess American history from libertarian point of view is mainly successful, even if not complete. Too much of narrative is dedicated to American imperialist sins, but too little to American libertarian roots and how they withered under pressures of industrialization and phasing away of independent farmers way of life. The line of Hamiltonian republic versus Jeffersonian republic started strongly in first book, but later all but disappeared. I would also like to see a lot more of historical analysis of tensions and struggles between political and business entrepreneurs, including a very interesting and very American group of slave owners who clearly were political entrepreneurs whose business could not exists without violent structures of government to suppress freedom of slaves. Other than that it is clearly a great addition to Paul Johnson’s conservative history and Howard Zinn’s socialist histories of America.